Home of the Master Baiters

With a week away in caravan Dai would have been negligent if he hadn't packed a rod or two.  No such worries of course he did.  Whilst the rest of the masterbaiters were thrashing things out in their latest meeting dai was terrorising the local fish.

This plaice and bass not bad for first day at a new mark.

Day visited the beach for the next two nights the second night catching a whiting and a turbot.  The third blanking but by now his bait had well passed the sell by date.

Dai and Ian fished the above 3 or 4 hours up and a few hours back.  Bait was lug and crab fished with a flapper and pennel respectively.  The wind was a few degrees  off north either way all night at first the weather was fine

It continued like this for the remainder of the flood Dai and Ian catching around 8 each.

At slack water the bites died off completely and as the tide started ebbing Dai positined himself on a high bank and fished there for the remainder of the ebb and Ian chased the retreating tide out determined to get in the deeper gulleys with the crab bait after a bigger fish. 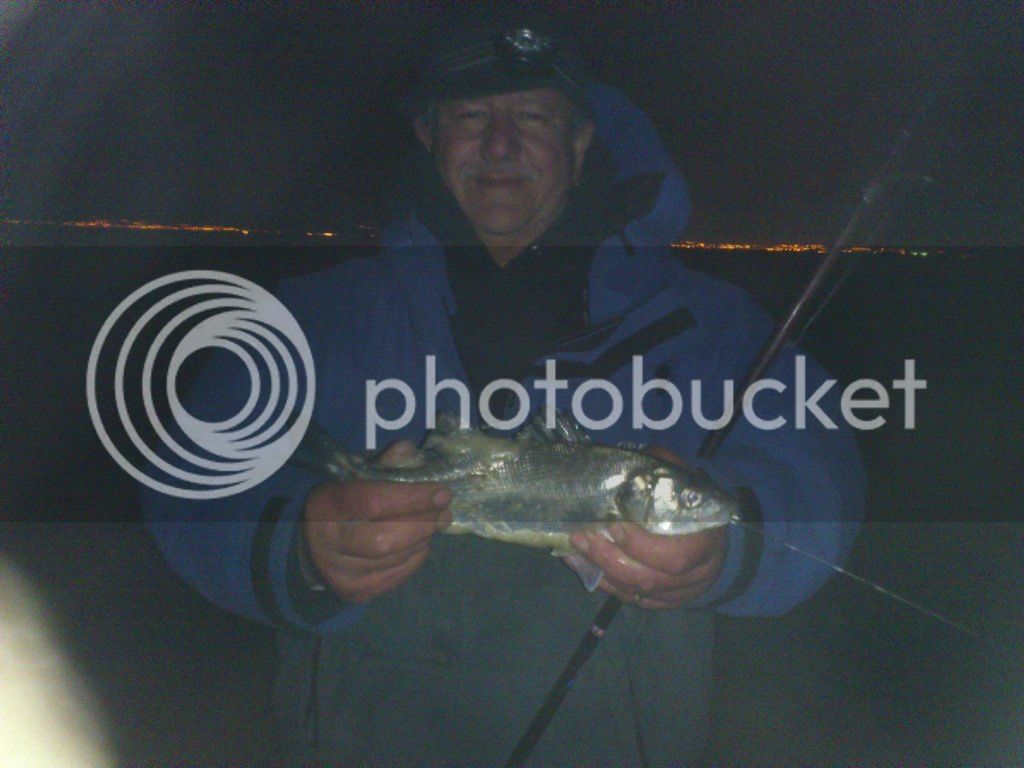 Ian had fewer prob half of Dai's but generally a little bigger.  This one the best of the night.

All fish came to the worm baits nothing on the crab.

Oops, you forgot something.

The words you entered did not match the given text. Please try again.

Start a Free Blog at Webs.com